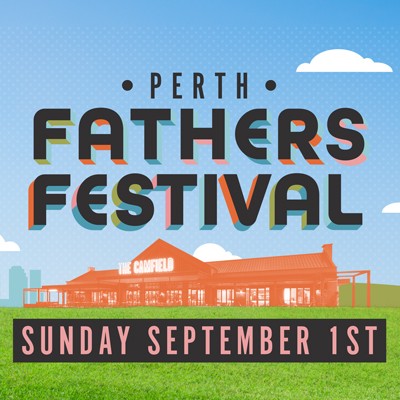 ☔️ In case it rains ☔️
A marquee will be set up over top of sideshow alley for all the activations. Along with another marquee over top of the beer garden 🍻

All games are free except for the laughing clowns as prizes are given out each play.

🏰 Kids Corner 🏰
Specially designed area for the little ones to enjoy, including the Princess Bouncy Castle, Walk the Plank, Disney characters roaming along with a Clown doing tricks  & Hook a Duck.

🍺 Bevy Brewing Co Beer Talk 🍺
Andrew Scade (head brewer) will conduct the 4 discussions throughout the day next to the brewery.

Don't really care for a beer workshop? You are in luck → The Camfield's bars will be operating like usual throughout the day for all your alcoholic & non alcoholic needs.

🍷 Elite Western Australian wine makers 🍷
Leeuwin Estate, Vasse Felix & Cullen Winery to name a few, will be available by the glass and by the bottle throughout the day.