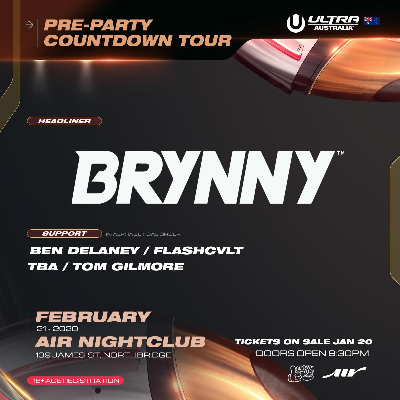 We've joined forces with Ultra Australia to bring the wonder of Ultra & an Aussie star to Perth to throw an Official Ultra Australia Pre-Party with special guest Brynny!

We have tonnes of merchandise to give away on the night including:
• Tickets
• Trucker Caps
• Wristbands
• Stickers
• T-Shirts