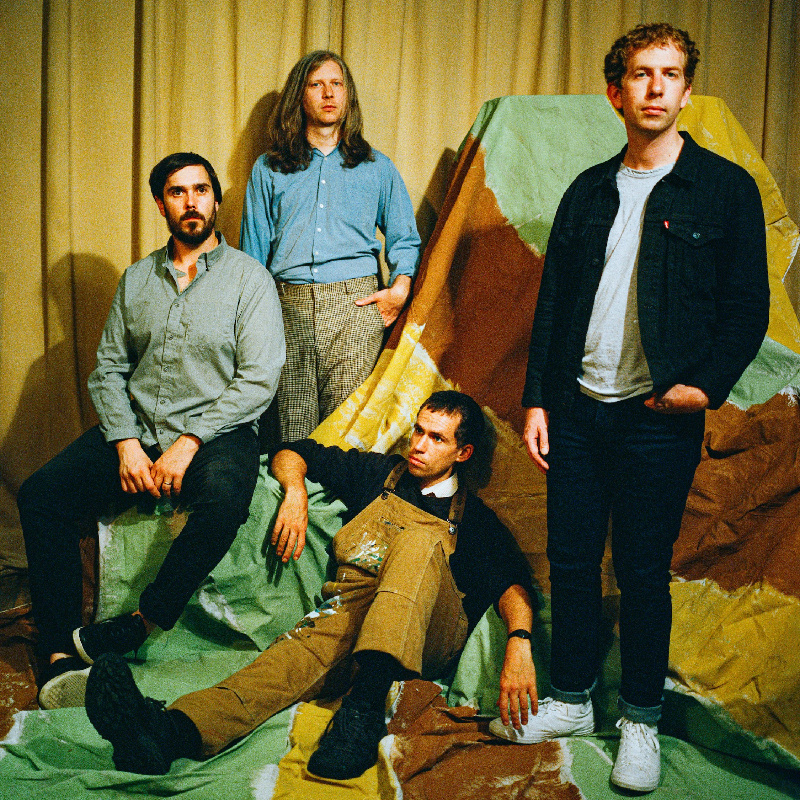 Mistletone presents the return of Parquet Courts.
On the back of their new album Sympathy For Life (out now on Rough Trade/Remote Control) Parquet Courts play The Rechabite on Sunday July 31 with special guests to be announced.

Sympathy For Life was built largely from improvised jams and produced in league with Rodaidh McDonald (The xx, Hot Chip, David Byrne) and John Parish (PJ Harvey, Aldous Harding, Dry Cleaning). Unlike its globally adored predecessor, 2018’s Wide Awake!, the focus fell on grooves rather than rhythm. “Most of the songs were created by taking long improvisations and moulding them through our own editing,” explains Austin Brown. “The biggest asset we have as artists is the band. After 10 years together, our greatest instrument is each other. The purest expression of Parquet Courts is when we are improvising.” In a very real sense, the band sampled themselves, moulding and chopping their rhythmic and melodic jams to create these songs, to manifest something new. The album finds the Brooklyn band at both their most instinctive and electronic, spinning their bewitching, psychedelic storytelling into fresh territory, yet maintaining their unique identity.

Praise for Sympathy For Life

“Sympathy for Life is slightly more esoteric than past releases, diving into wild new worlds and sounds, while retaining the fighting spirit that’s made the Courts so beloved. This is a band that keeps getting better and better.” - Sydney Morning Herald, ★★★★

“Sympathy For Life is a rewarding listen and the sound of a band, now in its second decade, pushing into new terrain.” - Double J

"Parquet Courts are evolving, and the sound is as exhilarating as ever" - Stereogum

"their most fully realised and varied sound to date" - STACK

"The beacon of hope at the end of this morass is salvation through community, with Parquet Courts finding a new road map on the dance floor.” - Rolling Stone

“On their latest album, Sympathy for Life, Parquet Courts abandon the fiction of certainty, take the elevator back to street level, and get the people moving.” - Pitchfork

"Parquet Courts’ music is propelled by the tension between the head and the hips, with the itchy lyricism of the vocalists Andrew Savage and Austin Brown providing a counterpoint to Sean Yeaton and Max Savage’s buoyant rhythm section."
- The New York Times