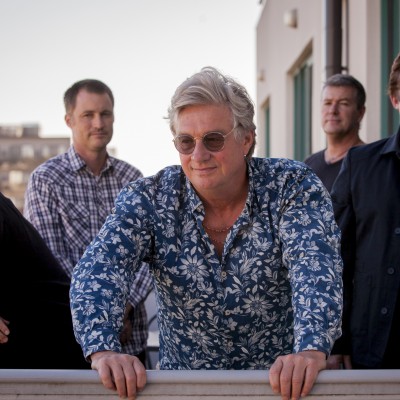 In 1978 the Mental As Anything Play At Your Party EP was released. It was the band’s first recording and it was a sound of pure fun: catchy, quirky, and joyful. It captured the essence of a band that since its formation has never swayed from the path and continues to entertain crowds all over Australia and the world.

Now, the 40th anniversary of that EP is being celebrated by the rerelease of the original vinyl and a live multitrack multi-camera recording of Mental As Anything’s 2018 full live show.

Formed at art school in 1976, by the time the Mental As Anything Play At Your PartyEP was realised in 1978, the classic line-up had formed: Martin Plaza (vocals/guitar), Greedy Smith (vocals/keyboard/ harmonica), Reg Mombassa (vocals/guitar), Peter O’Doherty (bass/vocals/guitar), David Twohill (drums). In fact, this line first played on the day of Elvis’s death on 15 August 1977 at Cellblock Theatre East Sydney Technical College and stayed together until January 26 2000 in Ho Chi Min City, Vietnam, when founding members Reg and Pete left to concentrate on very successful careers as fine artists and designers. Since that time new members have come and gone, but the sound and feel has never changed. As Greedy Smith says, “The longest break I’ve had from playing in Mentals was six weeks when I fell off a horse in December 1989” ...

The present line-up of the band is led by Greedy together with ex-Atlantics guitarist Martin Cilia, drummer Jacob Cook, guitarist/vocalist Craig Gordon and bassist/vocalist Peter Gray.

Greedy is keen to show off this latest version of the Mentals to display their reverence for the original recordings and turning out fine new original material.

What is sometimes forgotten is the importance of the songs of the Mentals. From The Nips Are Getting Bigger, Come Around, If You Leave Me, Can I Come Too and Too Many Times, through Live It Up, You’re So Strong and Let’s Cook, these are the songs that are a soundtrack to Australia. Brilliantly crafted pop hits that evoke wonderful memories. Their 25 Top 40 charting songs were for a long time a record for an Australian band and are a wonderful illustration of the depth of their catalogue and their song-writing ability.

"People have been very concerned and understanding about Martin pulling out due to cancer, and I've felt a responsibility to bring the band as close as I can back to the original recordings to protect the legacy," says Greedy. "The response we've been getting over the past twelve months from punters all over the country has told me that now is the time to record this set with this line-up."

The40th Anniversary release was recorded at Surfersaurus, Hillsdale, Australia in front of a party crowd. Long-time collaborator/producer/engineer Steve James (Rock’n Roll Music, Cyclone Raymond, 5 Track ep) has captured a fat and accurate audio signal and Moshcam, with its multi-camera production, has caught the Mentals doing what they’ve been doing for over 40 years.