Matt Stewart Nostalgia Was Better When I Was a Boy 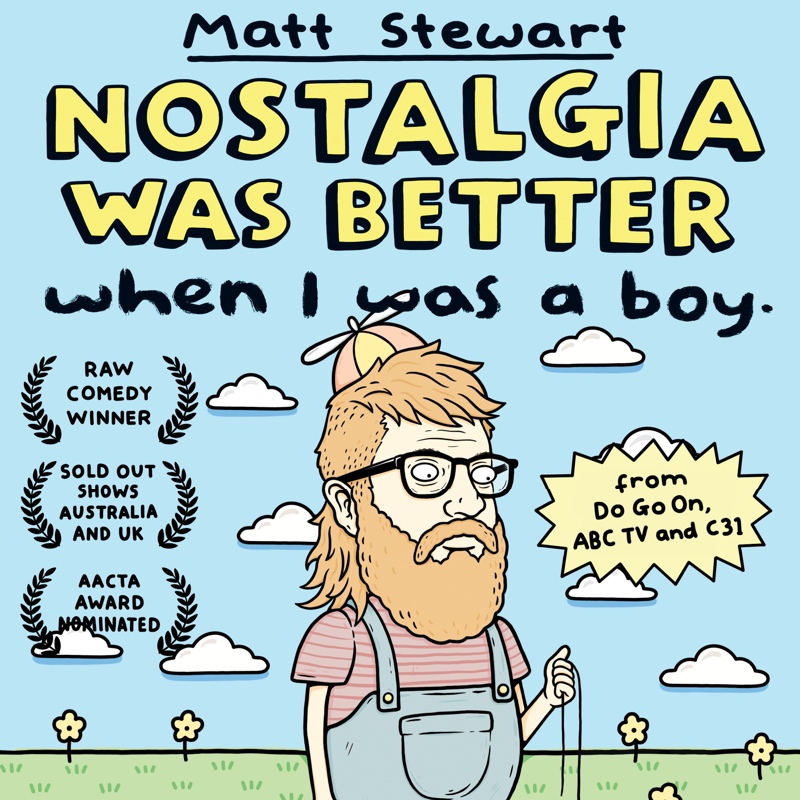 Matt Stewart Nostalgia Was Better When I Was a Boy

Do you long for the days when the sun was shinier? The people friendlier? The grass greener? When things were objectively much better and it's certainly not just because you resent the young and despise what your life has become?

Then join comedian Matt Stewart for his show "Nostalgia Was Better When I Was A Boy".

Matt Stewart is an award-winning, critically-acclaimed stand-up comedian, director and podcaster from Melbourne.

As heard on ABC Radio and the 'Do Go On' podcast and as seen on the AFTRs nominated Do Go On webseries and Antenna Award Winning Australia, Get It Up Ya! and ABC TV/Netflix's Why Are You Like This?

‘There are few comics in Australia that have the kind of innate sense for laughs that Matt Stewart has. On the dartboard of comedy, he’s a straight-up 180.’ Pedestrian.TV

‘Every quip is built on a foundation of shrewd artifice.’ Gutter Culture

‘Matt’s ability to think on his feet is where he shines as he builds rapport with the audience, getting even more laughs out of the crowd.’ Fringefeed