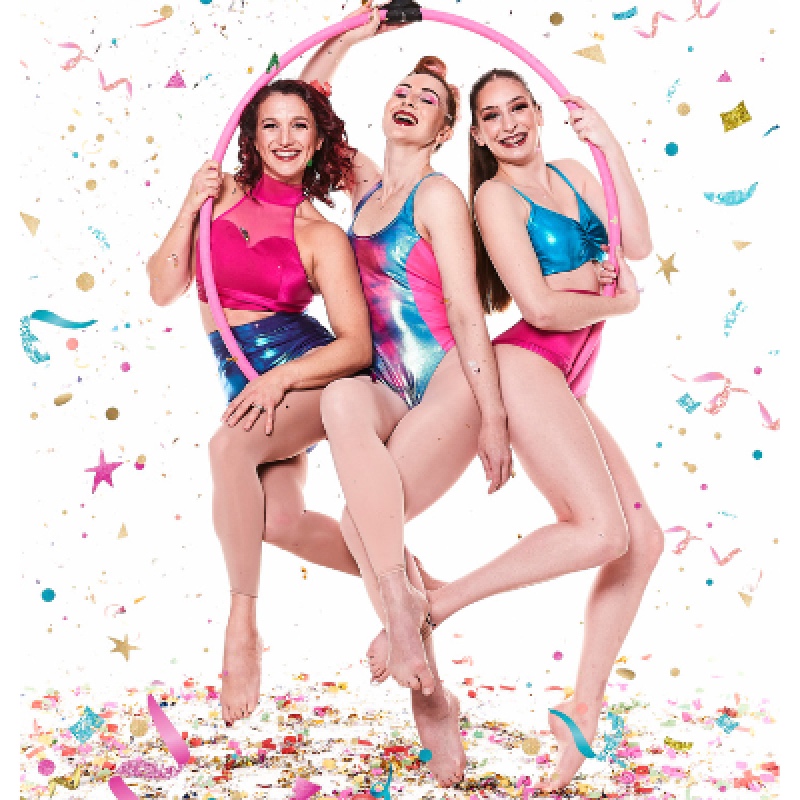 This show will go off with a BANG!

Hosted by King of Boylesque Karl Kayoss, Confetti is a fun-filled celebration of 10 years of critically-acclaimed circus company Kinetica.

An icon of the Perth arts scene, Kinetica is known for combining edge-of-your-seat aerials and acrobatics with dance, drag, burlesque and more. Get ready to pop the champagne as your favourite acts make a comeback from award-winning shows such as Sinsuality, Syncope, Aria and The Madonna Circus: Reinvention. From deeply moving to sizzlingly sensual, hilariously camp and even a little bit weird and wacky, Confetti will be a rollercoaster ride through Kinetica's greatest hits that you won't want to end!

And there's more, you won't just be sitting in your seats, there will also be games and quizzes to keep you on your toes. With amazing prizes to be won, who will prove themselves to be Kinetica's top fans?

Hosted at Perth's hottest venue, The Rechabite, expect to be immersed in all the action as performers climb, swing and strip their way through their sizzling performances.

Confetti is showing for one night only, get your tickets now to make sure you don't miss out on this iconic event!