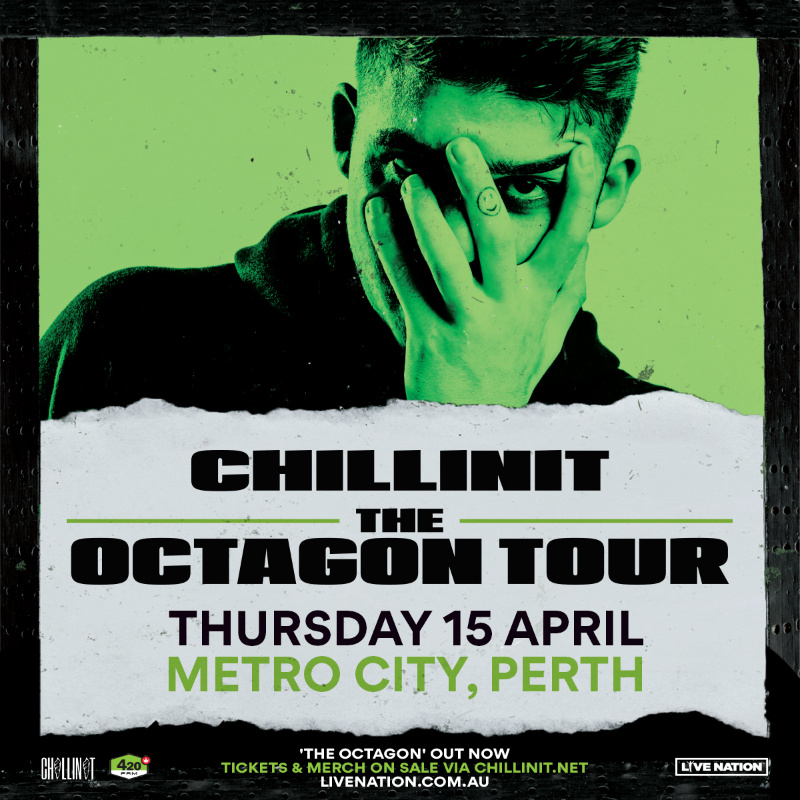 18+
07:00pm, Thu 15th Apr 2021
Metro City Concert Club
Due to current capacity restrictions, a second performance on Thursday 15 April has been added to accommodate all ticket holders for ChillinIt’s upcoming Perth show, scheduled to take place at Metro City on Friday 16 April. All ticket holders will be contacted by Megatix directly and those that have been moved to Thursday will be reissued new tickets.

Limited tickets for Thursday 15 April will be made available to purchase from 2pm on Thursday 1st April.

Riding off the back of the success of ‘The Octagon’, ChillinIt returns with a new single and video ‘On Hold’, a heartfelt banger from the prince of Hurstville, which is the first taste of a brand-new mixtape to be released sooner than you know. ‘On Hold’ chronicles the struggles of arguably Australia’s most talented yet also troubled solo artists; the combination of the soaring highs of success and fame, with the crushing lows fuelled by excess, hedonism and addiction.

Having cut his teeth in Sydney's underground hip-hop scene and built a legion of dedicated fans, the 420 Family, ChillinIt has since morphed into one of Australia's most revered personalities, causing nationwide conversation wherever he steps foot.

His debut album, Women, Weed & Wordplay was released in late 2018 and stood assertively on the ARIA charts for the entirety of 2019, racking up well over 60 million streams and producing three Gold accredited singles.

Come 2020, ChillinIt has already made his mark across Australia with rampaging performances at FOMO Festival drawing massive crowds for an early afternoon time slot. His sophomore album, The Octagon dropped on January 31, and placed victoriously at #2 on the ARIA Album Charts, #1 on ARIA Urban Album Charts and #1 on ARIA Digital Album Charts, with lead single 'Ready For The Pain' quickly becoming the #1 trending video on YouTube in Australia upon its release.

With his slick wordplay, heartfelt introspection and insatiable appetite for controversy, ChillinIt has created an overwhelming buzz that even his harshest critics can't ignore.

The Octagon is just another early chapter in what is set to be one of Australian hip-hop's biggest success stories.