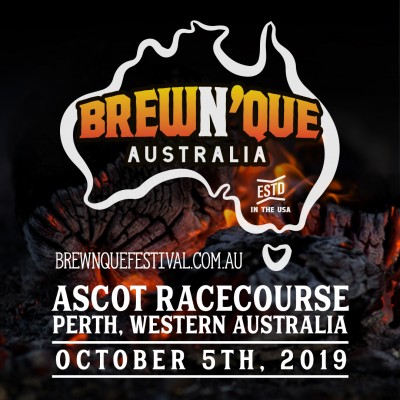 The Original Brew N Que Festival has been running in Norco California successfully since 2015. The festival concept revolves around the showcasing of local craft breweries, BBQ food Vendors, Celebrities and International BBQ Competition and Demos. Norco Events (Perth based) have secured the Australian rights to the festival expansion.

This one day concept will be hitting the road and coming to Perth’s Ascot Racecourse on October 5th, 2019.

Planned entertainment formats throughout the day will be a mixture of;

Our headline event for the festival will be Pitmaster Bill Dumas from Stiles Switch BBQ, Austin Texas who will be cooking for Perth fans and followers. Stiles Switch BBQ has been rated in the Top 5 Texas BBQ restaurants now for a number of years and this will be the first time in Australia that a Texas restaurant has released their Head Pitmaster to cook for an Australian event in this format.